A Portrait in Two Parts 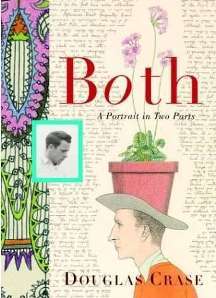 Crase’s dual biography of botanists extraordinaire, Rupert Barneby and Dwight Ripley, provides proof of both men’s artistic gifts, their behind-the-scenes bankrolling of much of the 1950s New York art scene, and the loving complexity of their fifty-year relationship.

Judith Moore: “Why should we care about all these people—Ashbery, Schuyler, Dwight Ripley, and Jean Connolly and Clem Greenberg and Frank O’Hara?”
Douglas Crase: “Well, because we’re their children.”
JM: “You and I are.”
DC: “Yes, and others, too, in ways they probably know nothing about. People like Connolly were self-conscious about the need to make a culture and preserve and carry it. I think what’s interesting for an American, for me in particular to realize, is that those attitudes were transported across the Atlantic. They were brought to New York, not just by the Surrealists from Paris, but they were brought by these English refugees that we don’t hear much about. I used to like to think that the culture that came out of the postwar period—that of Frank O’Hara, the New York School poets, the art scene—that it was indigenous. That it was America waiting to happen. But it seems clear, the closer, the more attention we pay, that it’s an international movement. And there’s some insight there, for us to remember that a great nation can’t do it alone, not even in culture.”

The Revisionist and The Astropastorals

Both: A Portrait in Two Parts